Art of Brand Storytelling Part 2: How to Construct a Story

Note: This is part 2 in our Art of Brand Storytelling Series

Iconic brands like Apple have long recognized the power of brand storytelling. In 1984, before Apple was “Apple”, the company launched an unconventional, controversial 1 minute tv spot during the 3rd quarter of Superbowl XVIII. It was their first tv ad, and they subverted expectations, made people curious and, most important of all, they managed to articulate their brand values in front of millions of people. It was a great ad to launch a company with. Today, that ad is considered a classic. Why?

Because, to put it simply, Apple told a story (which was inspired by George Orwell’s classic novel 1984). It was a story all about the appeal of their brand, and it was told vividly and succinctly. Apple accomplished a remarkable feat: telling a story in 60 seconds that completely represented the power of their brand. Someone buying a Macintosh computer was a trendsetter, a rebel, an anti-conformist—someone who didn’t bow down to the status quo. Whether or not that is actually true beside the point; Apple set the tone for years to come, and it was due to their skillful storytelling. Apple made its audience believe, which is what you need to do.

But how do you do that? How do you get an audience to believe in your brand, especially if a large portion of that audience has never heard of your company before?

It’s all in how you construct the story.

I’m going to list the different elements of your store that you will always need—no matter what story you tell.

Your characters are very important. You need a protagonist (main character), and you should expect your audience to experience the story through that character’s point of view. This means that people should be able to see themselves in your character.

In some cases, you may even want a villain as a foil to your main character. But this isn’t always necessary. Let’s use Apple’s 1984 ad as an example. The protagonist is the woman that’s running with the hammer (which is supposed to represent a Mac computer, by the way). The villain is the Big Brother character that’s talking on the screen (which, at that time, was supposed to represent IBM).

There are many different type of protagonists that you can use.

You can use the rebel/outcast type of protagonist.

You can use the protagonist who is down-on-luck. In some cases, this can be interchangeable with the underdog type.

You need to use a protagonist who people, at some level, will want to root for. In the Apple example, the protagonist is fictional, but this doesn’t mean that your character necessarily needs to be fictional. In your case, it may make sense to use references to real people or customers.

The setting is where the story takes place. What’s happening around the main characters? What’s the imagery? The Macintosh ad is a visual story, so the setting is crystal clear: a depressingly dystopian society devoid of color or emotion.

Figure out the setting because it will help to set the tone for the story.

The Structure of the Story

Every story needs a beginning, middle and an end. The beginning needs to hook the audience. It needs to be somewhat exciting to do that. The story should be established with strong characters and a detailed setting. The middle should set up the conflict for the protagonists. It shouldn’t be all smooth-sailing for the protagonist—all stories need a conflict to make it interesting. The end is the climax and resolution to the story—the conflict should be conquered.

This is a basic structure, but most stories in any medium will adopt it as a guideline. Of course, stories that are more complex will play with the structure, but you should use it as a rule of thumb.

So, now you know how to construct your story. But a story with a weak audience is useless. The next post in this series will explain how to ensure your story has an audience.

Are you ready to discuss how we can help you build your brand? If so, contact Zen Agency today! We are a group of branding experts. 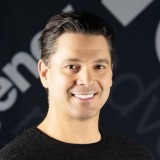 Your website is the tool through which you connect with all of your customers. Accessibility is key for ensuring that customers have equal ability to access your website, regardless of their personal capabilities. ADA compliance doesn’t just help ensure that your website meets the right standards for legal compliance. It also helps you connect with…

Google has changed its algorithm yet again and this time it’s aimed at product review websites. As stated in Google’s latest announcement, informative and more in-depth product reviews will receive a rankings bump. As Google explained to Search Engine Land: We know people appreciate product reviews that share in-depth research, rather than thin content that simply…

Why You Should Consider Headless E-Commerce

Using a content management system, such as WooCommerce, for your website provides an all-in-one solution for business owners with little or no custom coding. Many website developers are familiar with the approach, but it’s restrictive, providing limited options for creating a user interface. Having multiple front ends for different purposes is difficult. But fortunately, there…

What Is a Buyer Persona, and Why Is It Important to Your Marketing Strategy?

You are confident that your marketing plan is solid or at least heading in the right direction. But you’ve also heard an awful lot about incorporating buyer personas into the strategy. For those who may be asking “What is a buyer persona?” or wondering how to leverage them for your marketing efforts, keep reading. We’ll…

For years now, Google has been stressing the importance of the user experience to web developers, PPC specialists, and SEO experts. Each year, the search engine giant has been adding several UX components to its ranking algorithm, such as mobile-friendliness, safe browsing and HTTPS security, and the intrusive interstitial penalty (i.e. intrusive popups that can…

How Bad Web Design Can Affect Your Digital Marketing Campaigns

When you create a marketing strategy, you want to make sure that your marketing dollars are going to good use. While you put a lot of thought into developing a strategy that works to grow your business while staying within budget, there are some things that could be detracting from your marketing efforts without you…

You’ve likely heard the term “branding” used in a few different ways, so maybe you have a picture of what branding looks like in your head. Is it that bright red Target logo? Or maybe it’s that catchy jingle you can’t get out of your head. Or maybe you don’t have a clear picture of…

It may already be a cliché, but someone has to say it: customers expect to engage your business on their mobile devices. We live at a time when smartphones are practically an extension of the individual. With the popularity of smartphones, mobile-initiated commerce has taken off. According to statistics published on OBERLO, mobile commerce sales…

Apple iOS 14 Update: How Did It Affect Your Facebook Ads?

Privacy has become a hot topic in the past few years. From the European Union’s General Data Protection Regulation to the California Consumer Privacy Act, laws and regulations aimed at protecting the privacy of consumers while on the internet have popped up in recent years, changing the way of how advertisers collect data. And it…