4 Business Lessons from Game of Thrones

As the final season of HBO’s Game of Thrones kicks off, fans across the world are clamoring for answers. Although the existence of dragons, wights, and direwolves add to the fantasy of the world, there’s real life lessons Game of Thrones can teach you about doing business. Here are 4 Business Lessons from Game of Thrones.

Find Your Passion and Motivation:

Game of Thrones’ first episode shows what happens when you make the most of your motivations.

King Robert Baratheon started a huge war, changed the political landscape of Westeros, and ascended the Iron Throne all due to his wife leaving him.

Though we don’t condone starting a war for your business’ success, Robert demonstrates an admirable sense of commitment and determination.

Entrepreneurs like Walt Disney and Bill Gates started their businesses because they were passionate about it. They turned their passion into goals and have become icons in the world of business pioneering their fields.

Be Willing to Put In the Work:

Daenerys starts the show with nothing to her name but a great lineage and a terrible future on the way.

She turned being sold off to a foreign horse lord (Khal Drogo) by her awful brother (Viserys) into three dragons, two armies, and love across the realm.

It took lots of time (7 Seasons and counting) and hard work to establish rule over the Dothraki, free the slaves of Slaver’s Bay, and to cross the Narrow Sea. In order for your business to succeed, entrepreneurs have to be willing to put in the hard work and commit the necessary resources to succeed.

Whether it’s investing in a properly optimized website, creation of a marketing strategy or rebranding efforts; allocating resources to benefit your business pays dividends in the long run.

When Tywin Lannister spoke of his father Tytos, he said he was, “gentle and amiable, but so weak his bannermen mocked him … other lords borrowed our gold and never troubled to repay it.” (ASOS, Tyrion IX). As a noble House, this isn’t a successful long term strategy. Tywin, like most business owners, had to adapt his strategy in order to remain competitive in his niche.

Tywin did this by taking positions of strength against houses plotting against the Lannisters (quite ruthlessly), aligning himself with powerful allies in the Mad King Aerys Targaryen. Using this, he secured a powerful position as Hand of the King. With the Lannisters adapting their strategy, over time this improved their reputation solidifying their place in the current story as the ruling family of Westeros.

Surround Yourself with Experts:

Even if you’re like Jon Snow and know nothing, it’s important to surround yourself with experts. This is probably the most important of the Business Lessons from Game of Thrones.  Throughout the show, Dany loved consulting people from areas of expertise she wasn’t versed in.

When living with the Dothraki, Dany took cultural cues from Ser Jorah Mormont. He was helping her navigate the social hierarchy. Ser Barristan Selmy consulted her on military strategy, and took political guidance from drinker and knower of things, Tyrion Lannister.

Having a team of experts around is vital to your business’s success. Zen Agency has a team of experts in branding and design, web development, e-commerce, content writing, social media marketing, SEO, PPC, and more! Contact us for more information so that we may be knighted as your full-service digital agency. 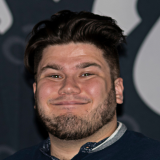 Richard Klein Jr. is a Marketing Specialist at Zen Agency. Richard assists clients with their digital marketing, front end web development, and customer service needs on a daily basis. Find out how the rest of our talented team at Zen Agency can serve your needs.

How To Prepare Your Site For Voice Search